As of this morning, it is official, the Kingfisher Bridge has reopened with no fanfare. Over the past year and half or so, I have heard numerous comments regarding the delay. I have even read some articles and editorials in some of our local newspapers and magazines.

Granted, the bridge was supposed to be completed last spring and there were additional delays due to damage to neighboring homes and seawalls. But as we all know, when it comes to repairing and rebuilding our infrastructure, there are always unforeseen problems.

As some of the comments I’ve heard, it has been a little inconvenient, but in reality it is a back road so we shouldn’t be speeding through our neighborhoods anyway.

As my Mom lives on one of the side roads that have been used as one of the detours, I have seen quite few people zipping along so fast that I wondered if they even knew there were children in the neighborhood.

But for the most part, I must say, I am happy that the bridge has been closed. You might be thinking that I must be kidding or even crazy to say so.

But the truth is, I am really happy that it has been closed. And yes, I am now glad that it has finally reopened.

But you must be wondering why I would think that way or even write about it. Well in the first couple of days of this year, there was an electrical fire at my Mom’s home that was caused by faulty Christmas lights.

Now you may be asking what the bridge being out and a fire at my Mom’s house have in common. Well as I said earlier, my Mom lives on one of those streets that was used as a detour for the bridge.

It just so happens that this particular fire started early in the morning and a passerby saw the flames as it started to inundate her home. This person, who I wish to thank profusely, stopped and started banging on my Mom’s door and startled her awake. By that time the neighbor was also awakened and came over to help and then the Lighthouse Point Fire Department came out to extinguish the fire. Of course the house was extensively damaged, but thankfully my Mom and her pets were all safe and sound.

So even though the bridge has been an inconvenience for most of us. I am glad it was closed because it may have saved a life, in particular, that of my Mom.

I tell you this not only to remember what is truly important. But that next time we are annoyed by yet another road construction detour, in the end it is being done for our benefit.

On a final note, maybe the City of Lighthouse Point should host a block party on the bridge to celebrate its reopening! And also the fact that it will be another 50 years before they have to redo that particular bridge.

What do you think?

previousWhat is a Distressed Property?
next9 Easy Mistakes Homeowners Make on Their Taxes

Industrial Warehouse: With the rise in consumer spending and an increase in housing construction, it will only increase the need for more industrial space. Given the limited areas that certain warehousing can be utilized only adds...
Read more
July 15, 2019

Why Did My Home Not Sell?

Sometimes it is important to analyze the reasons your home that is currently listed for sale and it’s not selling… First, let’s take a look at the key factors of selling a home: 1. Price of Home....
Read more

Have You Thought About How Curb Appeal Lately?

7 Landscaping Mistakes That Wreck Curb AppealDon’t let badly designed or maintained landscaping wreck your home’s curb appeal. Here are pitfalls to avoid. Read  6 Outdoor Projects You Can Do With Your KidsGet your kids outside...
Read more

Don’t rouse the IRS or pay more taxes than necessary — know the score on each home tax deduction and credit.As you calculate your tax returns, be careful not to commit any of these nine...
Read more 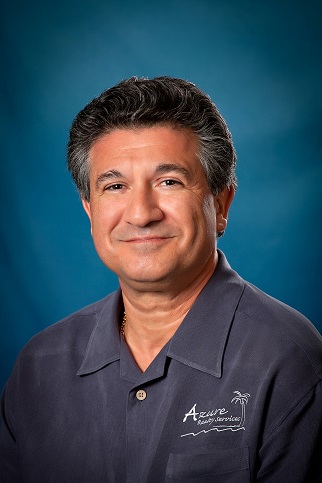 Azure Realty Services is dedicated to providing the highest quality service to our customers and clients in a fair, honest and transparent manner.